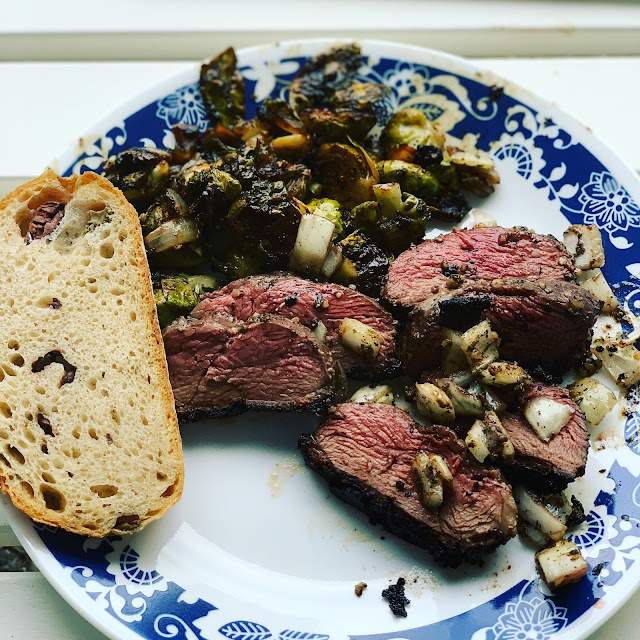 While visiting France, a friend of mine grilled duck breasts and changed my entire viewpoint on duck. I never really liked duck before, but the way that he made it was ridiculously good. When I returned home, I looked for a recipe, and I found one in "The Joy of Cooking" that I used as a starting point. My version is changed quite a bit from the published recipe. To start with, their version used a pan and called for skinless duck breast. My friend used an outdoor, propane griddle and had the skin and the layer of fat under the skin intact. From reading other recipes, it seems like that is the key. Duck is fatty, and that layer of fat renders off as the breast cooks. The result is a juicy, amazing dinner that tastes nothing like chicken or turkey. Cooking outside is also key, unless you enjoy setting off all of the smoke detectors.

Marinade Ingredients (this is modified from The Joy of Cooking - you can do what you like for a marinade):